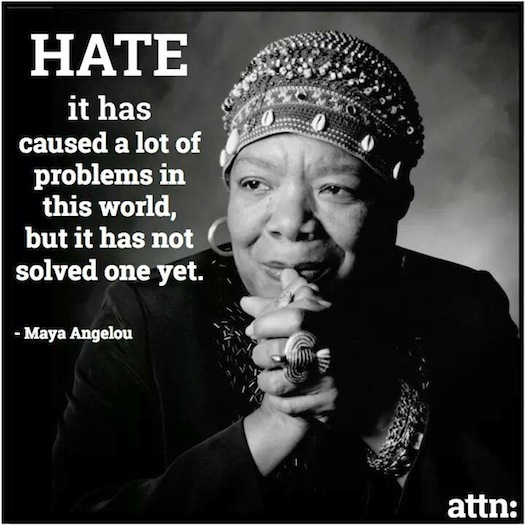 It’s been a rough week in America. After the first death, I accidentally landed on a CNN page where the video just autoplayed and before I could stop it I was watching Alton Sterling on the ground dying. So I stopped going to the CNN site. After the second killing in Minnesota, I even had to stop browsing Facebook. I couldn’t read anything without sitting at my computer and sobbing.

Now there are Dallas officers dead, hundreds arrested at protests, and U.S. travel advisories issued by other countries warning travelers to stay safe and cooperate with law enforcement as they travel to the states.

I don’t know how to process all the hatred that sits behind all these violent acts. I also don’t understand how we live in a time where anyone online can watch while these men lie on the ground dying.

While I grew up in one of the whitest cities in America, in the bible belt no less, somewhere along the way, I became part of a family that is now bi-racial, have good friends with bi-racial families and have fostered two African American boys who continue to live in one of the poorest areas in the city. So I know the struggles that come along with the color of your skin being dark. The stares, the way people walk farther out as a black man walks by them, the way women hold their purses as they see black men walking toward them.

What I don’t (and will never) understand is why the color of anyone’s skin dictates what people think about them or act around them. Why on earth does the color of someone’s skin mean that they are different or more violent or less worthy than those with lighter skin? There are ivy league, WHITE boys acting more violently than these two men who were just killed and they aren’t being shot by the cops. Shit, they aren’t even going to jail for what they did.

I know it’s hard (or probably impossible) to know whether this is all police brutality against blacks or just police brutality in general. But I do know that we see a lot more of these incidents involving black men. And maybe it’s just because what we see on the news and social media is skewed. But maybe it’s not. How about maybe we just agree that its violent and it’s violence based on hatred and it’s violence that just needs to stop.

Be good to each other.